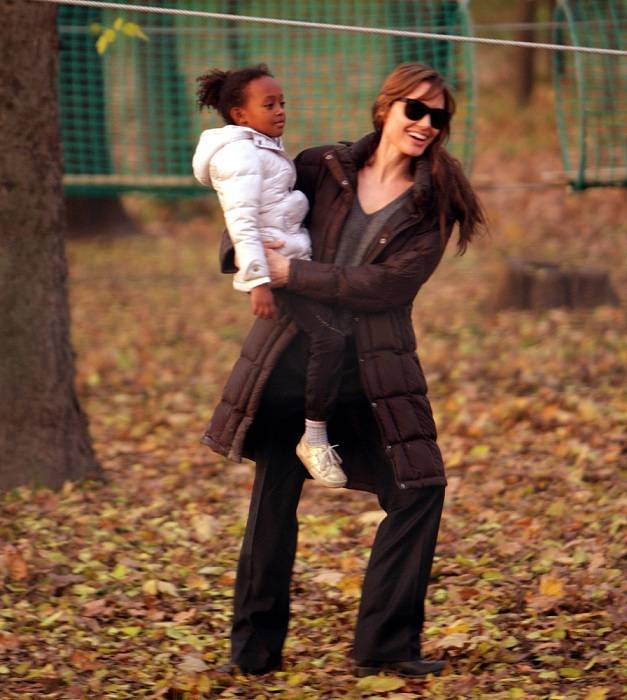 Celebrities can be viewed as being elitist, over the top, attention seeking and above all over confident, but when it comes to the charities they support, a entire different side comes to the surface. People tend to follow their every move, try to buy the same clothes and wear the same shoes, but what about supporting the same charities?

These highly influential celebrities have taught us that it’s not about what you have, but what you do with it, and boy are they feeling generous.

This article will take a look at some of the most charitable celebrities that can also be seen as undercover social workers.

The Vampire Diaries actor is nothing like his nonchalant character on the show. In real life Ian Somerhalder is just as passionate if not more, about charity work as he is about acting. The Ian Somerhalder Foundation was established in the 2010 and aims to educate individuals in protecting and taking care of the environment as well as the animals. Ian was very influential in the clean after the Deepwater Horizon oil drilling disaster in the same year.

It is no secret that Ian is a big animal lover and the ‘Strut Your Mutt’ campaign is just another example of his social activity. Somerhalder is also actively involved in supporting the ‘It Gets Better Project’ that helps prevent suicides among the lesbian, gay, bisexual and transgender youth.

Angelina Jolie is most probably one of the most synonymous names when it comes to supporting causes and empowering communities. She was one of the first celebrities to adopt a child and this became a big trend. Jolie’s actions has not gone unnoticed and she is the Goodwill Ambassador for UNHCR, helps UNICEF, Doctors Without Borders, Kids in Need of Defense, the ONE Campaign and the Afghanistan Relief Organization. There is no end to the reach of Jolie’s influence and as if her support is not enough, she and long term boyfriend, Brad Pitt also established the Jolie-Pitt Foundation.

The sultry Scarlett Johannson is not just known for kicking as on ‘The Avengers’ but she is also a firm supporter of charity organizations. Scarlett contributes her time and money to USA Harvest, Make Poverty History, Not On Our Watch, World Aids Day, Oxfam and RED.

This celebrity duo is probably one of the most attractive in the industry, combine this with killer dance moves and a giving attitude and you will have a highly influential power couple. Jenna and Channing played a big part in raising millions of dollars for the Rainforest Foundation at the Charity Concert held at the Carnegie Hall in New York City. The couple performed a perfectly choreographed routine with step-up style moves on stage at the ‘Songs of the Silver Screen’ charity event.

The lead singer of Ireland’s most popular bands is definitely a big name in the world of charity. Bono, from the band U2 is very involved in raising awareness and fighting poverty and hunger. The rocker supports charities such as the ONE Campaing, Amnesty Internation, UNICEF and RED.

Even though Taylor Swift has some issues with her love life, one constant apart from her chart topping singing, is her love for charities and making a change. Last year the DoSomething.org website named Taylor as the most charitable celebrity of 2012. This was after the Country Music Hall of Fame received a generous donation of $4 million. Taylor Swift is also the youngest ever individual to receive the Robert F.Kennedy Ripple of Hope Award, how’s that for being influential.

Justin Bieber is a big ‘Belieber’ himself and he sets a great example of how to get involved in charities as a celebrity. Pencils of Promise is a campaign receiving a lot of Justin’s attention, as is his Believe Charity Drive. The charity drive raises money from album sales as well as fans to be donated to the seven charities that he supports. These charities include City of Hope, Make-A-Wish Foundation, Boys & Girls Club of America, Musicians on Call, GRAMMY Foundation, Project Medishare for Haiti and Pencils of Promise.  The Bieber surely knows how to get everyone involved, and on his 17th and 18th birthdays he asked his fans’ support through donating money to his charity Charity Water, as a birthday present. It doesn’t stop there; Justin also donates $1 from every ticket sold to Hurricane Sandy relief. Justin Bieber’s humble attitude and firm belief in change shows that one person really can make a difference.