Amal Clooney is a Lebanese-British barrister who has worked at Doughty Street Chambers, specializing in international law and human rights. Some of her high-profile clients include Julian Assange, the founder of WikiLeaks, in his fight against extradition; the former prime minister of Ukraine, Yulia Tymoshenko; Egyptian-Canadian journalist Mohamed Fahmy; and Nobel Prize laureate Nadia Murad. Moreover, she has also represented the Maldives in pursuing justice for Rohingya people at the UN International Court of Justice. 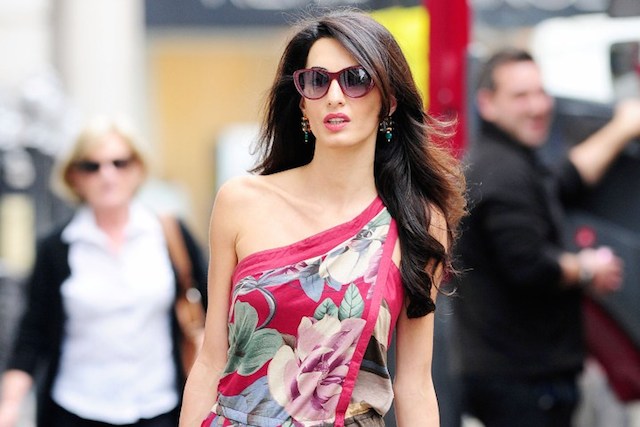 Amal then received an Exhibition scholarship and hence attended St. Hugh’s College, Oxford. Amal also got a Shrigley Award there. In 2000, she graduated from this college with a Bachelor of Arts in Jurisprudence (Oxford’s equivalent to the LLB).

The next year, in 2001, Amal went to New York University School of Law to earn the Master of Laws degree. At that time, at the International Court of Justice, she was a clerk for the clerkship program.

She is of Lebanese Arab and Lebanese Druze descent.

Her mom is a Sunni Muslim, while her dad is a quasi-Muslim sect in Lebanon.

Being the wife of famous actor George Clooney since September 2014

In 2014, Amal has appeared in several television shows such as Inside Edition, Extra, Entertainment Tonight, and Omg! Insider.

To fit in short dresses, she had worked incredibly on her limbs. She has an amazingly lean figure.

Before the wedding too, she went on a crash diet to look good and fit in her wedding gown.