Dianne Doan is a Canadian actress, dancer, and voiceover artist who is known for playing the role of Lonnie in the Descendants franchise which includes Disney Descendants: School of Secrets, Descendants, Descendants: Set It Off!, Descendants: Wicked World, and Descendants 2. She is also known for playing a variety of roles in several other shows such as Yidu in Vikings, Kate Nguyen in Good Trouble, and Mai Ling in Warrior. Dianne Doan was raised in Abbotsford, British Columbia, Canada under the care of her strict Asian parents who initially did not approve of her career in the entertainment industry but later came on board with the dreams of their daughter and have supported her ever since. She has also appeared in a number of other shows and movies like Big Time Rush: Music Sounds Better with U, Once Upon a Time, When I Saw You, Impastor, The Game of Love, Last Night in Suburbia, Guidance, and DC’s Legends of Tomorrow. Dianne Doan has also showcased her skills as a dancer by appearing on the dance reality show, So You Think You Can Dance Canada, in 2010. Moreover, she has garnered a huge social media fan base with more than 800k followers on Instagram and more than 40k followers on Twitter.

Dianne Doan is of Vietnamese and Chinese descent.

Dianne Doan has either endorsed or promoted a variety of brands through social media which include the likes of Bloomingdale’s, CAMILLA AND MARC, Giuseppe Zanotti, Francesco Paolo Salerno, Christopher Bu, and Yann Haute Patisserie.

Dianne Doan made her first feature film appearance by playing the role of Rachel in the comedy film, Last Night in Suburbia, in 2017.

Dianne Doan made her first TV show appearance as Lisa in an episode, titled Monitored, of the fantasy mystery drama series, Tower Prep, in October 2010.

As a voiceover artist, Dianne Doan made her TV show debut by providing vocals to the character of Lonnie in an episode, titled Good Is the New Bad, of the computer-animated fantasy comedy series, Descendants: Wicked World, in November 2015. It is based on the Disney Channel’s original movie, Descendants.

Dianne Doan stays in shape by working out on a regular basis and often shares her workout pictures on social media as well.

Although she takes care of her diet, Dianne Doan occasionally allows herself to indulge in her guilty pleasures such as pasta, pizza, sushi, and Vietnamese food prepared by her mother. 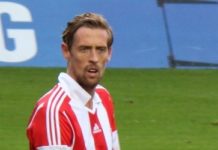 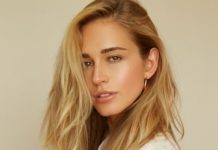 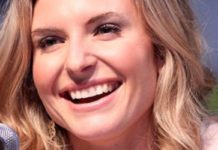