Jasprit Bumrah is a fast bowler who plays for the Indian cricket team in all formats of the game. He is widely known for his unorthodox bowling action and stump-to-stump yorker deliveries. His bowling speed varies between 140-145 kilometers per hour and hence makes him one of India’s fastest bowlers. He plays on domestic as well as international levels for teams like Mumbai Indians and the Gujarat team. Bumrah holds the record of being the first Asian bowler to have taken 5 wickets in a single year during test matches against teams like South Africa, England, and Australia.

Jasprit made his domestic debut in the 2013-14 season for Gujarat against Vidarbha, taking 7 wickets in that match. He got recognition after the 2012-13 Syed Mushtaq Ali Trophy and later got selected for IPL at the age of 19. He played for Royal Challengers Bangalore and then for Mumbai Indians. Bumrah played a crucial role in his debut match during the T20I series against England where he gave 20 runs in his 4 over spell and took 2 crucial wickets. In the Champions Trophy 2017, he was known for taking a wicket on a no-ball. During the boxing day test of the India-Australia tour 2018, Bumrah on the 3rd day gave his best performance with figures of 6/33 to wrap up Australia’s first innings on 151. He played the 2019 World Cup and took his 100th wicket against Sri Lanka on July 6, 2019, and became the 2nd fastest to do so. In August 2019, he became the 3rd bowler for India who took a hat-trick in a test match against the India-West Indies series. He is believed to have an uncanny talent to pitch the delivery in the blockhole just like his idol Lasith Malinga and has become an asset for team India. He is active on social media with more than 4 million followers on Instagram and more than 2 followers on Twitter.

Jasprit completed his education from Nirman High School, Ahmedabad. He did not attend college after completing his 12th standard.

Bumrah has been a part of various commercials like –

He made his test debut in 2018 against South Africa at Newlands in Cape Town. He got a maiden test wicket in his debut match.

Bumrah made his ODI debut against West Indies in August 2016.

His T20 debut was against Australia in January 2016.

Bumrah takes care of his fitness and is considered as one of the fittest players in the Indian cricket team. His workout includes various functional exercises with weight training involving compound exercises like deadlift, military press, medicine ball ab crunches, squats coupled with running. 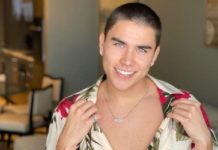