Patrick Schwarzenegger is an American actor and model who is the son of Arnold Schwarzenegger and Maria Shriver and has appeared in multiple on-screen roles which include Daniel in Daniel Isn’t Real, Jeff in Scouts Guide to the Zombie Apocalypse, Lance in Echo Boomers, Glen in Stuck in Love, Charlie Reed in Midnight Sun, Thad Radwell in Scream Queens, and Ben Hayhurst in The Long Road Home.

In 2012, he graduated from Brentwood High School in Los Angeles, California.

Post that, he was enrolled at the University of Southern California to major in Business and minor in Cinematic Arts.

He has been represented by –

For his modeling assignments, Patrick has been signed with –

Patrick Schwarzenegger’s net worth had been $6 million as per CelebrityNetWorth.com.

He has Austrian roots on his father’s side and is of Irish, German, Scottish, English, Dutch, and French Huguenot descent on his mother’s side.

He prefers to dye his hair in different shades such as platinum blonde.

As a model, he has appeared in advertising campaigns for Tom Ford, Hudson Jeans, Boss Clothing, etc.

Being the son of the famous bodybuilder turned actor Arnold Schwarzenegger

Patrick has an athletic build and definitely works out. Here, in this video, you can watch Patrick doing “chest press” on the machine.

He also showed off some nice biceps and overall buffed body after splitting from Miley Cyrus. 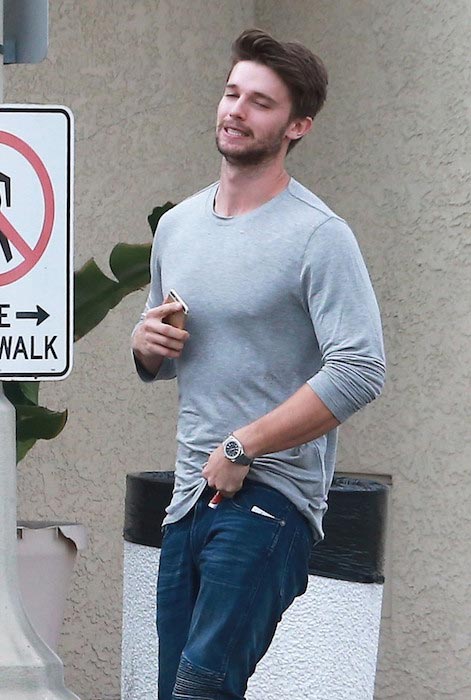