Romola Garai is an English actor, voice actor, film director, theatre artist, and writer. She has been cast in a variety of on-screen projects such as The Last of the Blonde Bombshells, Attachments, I Capture the Castle, Nicholas Nickleby, Scoop, Dirty Dancing: Havana Nights, Vanity Fair, Inside I’m Dancing, The Incredible Journey of Mary Bryant, Renaissance, As You Like It, Amazing Grace, Angel, Great Performances, The Other Man, Atonement, The Crimson Petal and the White, Emma, Glorious 39, Junkhearts, One Day, The Last Days on Mars, The Hour, Having You, The Great War: The People’s Story, Legacy, Born to Kill, Suffragette, Dominion, Churchill’s Secret, The Miniaturist, The Windermere Children, Miss Marx, and Becoming Elizabeth.

She attended Stonar School, an independent boarding school in Wiltshire.

Subsequently, at sixteen, Romola went to attend the City of London School for Girls, where she completed her A-Levels.

Later, she went to study English Literature at Queen Mary, University of London.

Finally, Romola went to an Open University to graduate with a first-class degree.

Garai has been signed to ARG Talent Agency.

Romola Garai is of English and Ashkenazi Jewish descent.

Romola appeared in the 2000 film The Last of the Blonde Bombshells for her role as Young Elizabeth. It was a television film.

In 2000, Romola played the role of Zoe Atkins in the BBC TV series Attachments 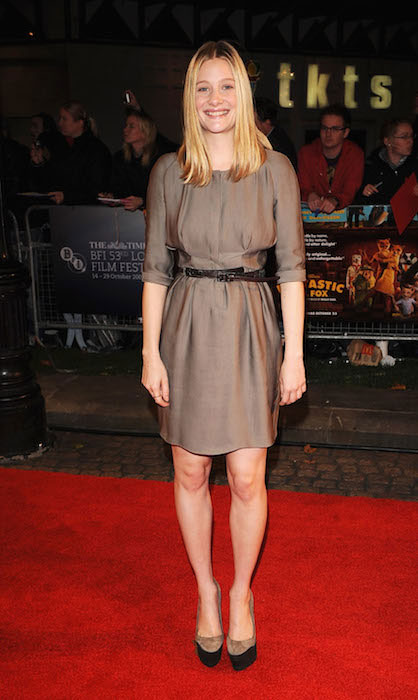