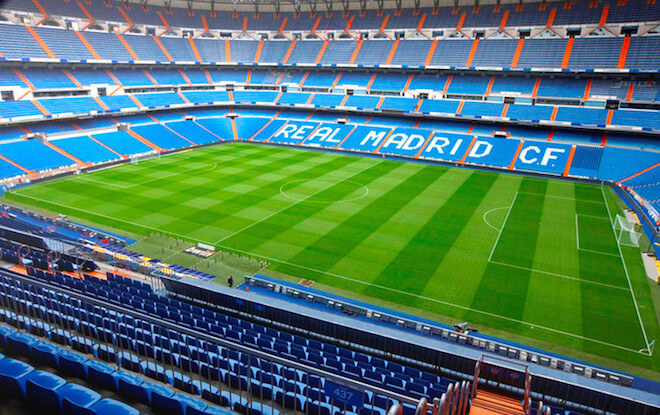 The sports teams have become huge business enterprises. The total worth of a sport team and the revenue it can pull-in puts some huge corporate companies to shame. The sports teams listed in this article are valued in excess of billion dollars and their earnings are counted in hundreds of millions.

And, it is the earning potential that dictates the overall value of the sports club. Along with gate receipts, the leading sports teams also earn millions from sale of merchandise. Another thing that has significantly improved revenues over the past years is the sale of image rights and naming rights. There is a sponsor for every specific aspect of the team. There is a kit sponsor, stadium sponsor, sportswear partner and even dugout seats sponsor.

Without any further delay, let’s take a look at the most valuable sports teams of 2015 as listed by the prestigious Forbes magazine.

Real Madrid has grabbed the first position in this list for the third year running. And, maybe this might cheer up club President Florentino Perez who saw his club rivals Barcelona complete stunning treble by winning UEFA Champions League, Copa Del Rey and La Liga. Also, he has failed to make any breakthrough in signing goalkeeper David De Gea from Manchester United. Even, the club’s value dropped by five percent. However, it isn’t all doom and gloom for the Spanish capital club. They have a new manager at the helm who has a top-level experience of winning trophies. The club fans, as well as Perez, would be hoping that Rafa Benitez would lead the expensively assembled squad to trophies in the coming season. In Ronaldo, they have one of the two best players in the world. Also, there is around two months time left before the close of the transfer window. So, maybe, they will land their preferred transfer targets.

Meanwhile, Real Madrid team is busy with the pre-season tour. Their last match at the Melbourne MCG ground had more than ninety thousand spectators. Their next stop is China, where they will play for the first time in four years.

Dallas Cowboys are the most valued in the National Football League (NFL) and the most valuable sports team in the United States. With $560 million earned in revenue, Cowboys are the highest earning NFL franchise. In 2013, they signed a 25 years naming rights deal with AT&T Inc., an American multinational telecommunications corporation. The deal is said to be worth $500 million. The total revenue earned from just the sponsors is rumored to be more than $100 million. Their performance on the field also makes them one of the finest NFL teams in the history. They share the record for most Super Bowl appearances (8) with the Pittsburgh Steelers and New England Patriots. They have won five of those, which ties them with their NFC rivals, the San Francisco 49ers, both are second to Pittsburgh’s record of 6 Super Bowl championships. Also, they are the only NFL team to record 20 straight winning seasons (1966–85), in which they only missed the playoffs twice (1974 and 1984), which is an NFL record that still remains. They finished last season as the east division champions.

The Yankees is one of the most successful sports clubs in the world. They have won 18 division titles, 40 AL pennants, and 27 World Series championships, all of which are MLB records. Also, 44 Yankees players and 11 Yankees managers have been inducted into the National Baseball Hall of Fame. And, in terms of fan base, they are second to none in the MLB. Over the years, they have been among the leaders in MLB attendance. Last year, with the average attendance of 42,520 fans per game, they were the best supported team in MLB. However, in the field, their performance was less than ideal as the Bronx Bombers missed the postseason for the second consecutive season in 2014. With some of the highest earning stars in their team, they are expected to perform big every season. However, with stars such as Alex Rodriguez, C.C. Sabathia, Mark Teixeira and Masahiro Tanaka in your ranks, the success is always round the corner. So, it would be interesting to see where they finish in the new season.

Despite a slow start, the impressive Catalan side won it all. By January, there were murmurs that the club would fail to match Real Madrid and would finish without any silverware for a second consecutive season. Also, there were reports of fallout between manager Luis Enrique and Lionel Messi. However, by the end of May, they had won everything that was on offer. They piped Real Madrid to the title by two points, defeated Athletic Bilbao in the Copa Del Rey final by 3-1 and then overcame Juventus in the UEFA Champions League final by 2-0 to complete a glorious treble. This was Barcelona’s second treble and fourth Champions League title in a decade. Their Champions league win was worth $64 million, which coupled with earnings from sponsors and gate receipts sent their overall revenue to more than $650 million. Despite a transfer ban that prohibits the new players from joining the club until January, the club has already signed some great players. The attacking midfielder Arda Turan has joined from Atlético Madrid, whereas right back Aleix Vidal has been snapped up from Sevilla. And, according to rumors, the deal for midfield sensation Paul Pogba is in pipeline.

Although, Manchester United missed out on European football last season, the club still managed to improve its overall value. Led by Vice-chairman Ed Woodward, the club has rapidly and consistently improved its commercial presence and revenue. The testament of the impressive work done by Woodward is the record-shattering $1.1 billion, 10-year dual global sponsorship and licensing deal signed with Adidas. Coincidentally, the start of the deal coincides with the return of United to the European football. The club also has more than $70 million-per-year shirt sponsorship deal with Chevrolet. The club also pulls in millions through earnings from the sale of club merchandise. The club management has already started preparations to make the legendary English club reach the pinnacle of English and European football. Bastian Schweinsteiger has been brought in from Bavarian giants Bayern Munich and Morgan Schneiderlin has been signed from Southampton to add steel to the midfield. And, according to the rumors, Nicolas Otamendi or Sergio Ramos would be signed to shore up defense.

The 2014 season was particularly horrid for the Lakers fans. The Lakers began their season losing 10 of their first 16 games. After 35 matches, they lost team talisman Kobe Bryant for rest of the season as he suffered torn rotator cuff in the shoulder. Another star, Nick Young was forced to end his season due to a fractured kneecap. The team finished the season with just 21 victories and staggering 61 defeats. In terms of statistics, this was the worst season for the LA team. However, the team is still ranked as the most profitable team in the NBA. The impressive revenue of the NBA giants is partly due to the mammoth $4 billion and 20-year TV deal with Time Warner. Also, their past successes and bevy of star players who have played for the team in the past have made team extremely popular. And, the franchise management has used this popularity to maximize their earning potential by signing high paying endorsement deals. And, in Kobe Bryant, they have a star player, who even late in his career continues to fuel fascination.

Since the arrival of head coach Bill Belichick in 2000, the Patriots have really made their presence felt in the NFL. They have become one of the most successful teams and are currently tied with the Pittsburgh Steelers and Dallas Cowboys as the teams with the most Super Bowl appearances overall (eight each), and have the most appearances in the last 25 years. Since 2000, they have won twelve AFC East titles in fourteen seasons and have not had a losing season. Led by imperious Tom Brady on the field, the Patriots have marched into the limelight and have become one of the most supported teams in the country. And, last season, they won their fourth Super Bowl title of the Brady / Belichick era. Though, the victory was blemished by the Deflategate scandal, there is no doubting that they were the best team in the whole division. The immense success and popularity has helped them on the financial side as well. They have the highest ticket prices in NFL and they still have no problem in filling out their Gillette Stadium, a $350 million facility, privately financed by Kraft.

Like other NBA teams in this list, New York Knicks had a forgettable last season. They lost sixteen straight matches, setting the new franchise record. Their overall season statistics of just 17 victories and shocking 65 defeats is also franchise’s worst record. However, in terms of financial aspect of sport, they had one of the best years in the recent memory. The value of the franchise increased by 79 percent from $1.4 billion to $2.5 billion. The team’s poor form also didn’t have any impact on the revenue of the franchise. The franchise earned nearly $300 million. The Knicks have the priciest ticket in the NBA and the luxury suits that cost up to $1 million, which means poor performance on the field couldn’t put any dent in the earning power of the franchise.

The franchise is currently undergoing rebuilding phase and in Phil Jackson, they have a president who has plenty of experience in winning championships and developing great teams. Don’t count them out yet.

The Dodgers have a rich history. They have won six World Series titles and 21 National League pennants. The team has featured 12 Rookie of the Year Award winners as well, including four consecutive from 1979 to 1982 and five consecutive from 1992 to 1996. The past couple of seasons have also been great for the LA team as they won two consecutive western division titles. Additionally, they earned more than $120 million in local television money last season, which is highest in baseball. They have $8.35 billion deal with Time Warner Cable. Also, they had the highest attendance in MLB last season.

Washington Redskins is one of the best supported sporting franchises in US. In fact, they have broken the NFL’s mark for single-season attendance, ten years in a row. And, once boasted a season ticket waiting list of more than 200,000 names. Also, in terms of on field success, Redskins is one of the most successful teams in NFL. The Redskins have won five NFL Championships (two pre-merger, and three Super Bowls). They have also captured 13 NFL divisional titles and six NFL conference championships. However, the last season had been disappointing for the supporters as the team along with new head coach Jay Gruden struggled throughout the season. However, it was slightly better than the 2013 season which had the disastrous record of 3-13. This was the worst record, the Redskins have posted since 1994. Over the past two seasons, the team record stands at 7-25.