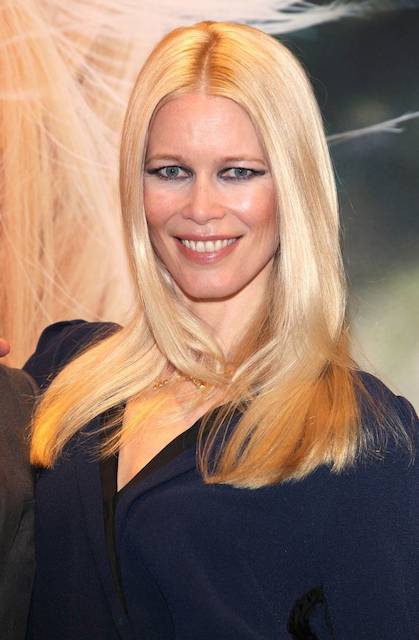 She was popular at her high school due to her height. Unlike many other models, she completed her schooling/education and then pursued her career in modeling.

Claudia is signed to these talent agencies –

Her net worth has been $70 Million according to CelebrityNetWorth.com.

Claudia Schiffer is of German descent. 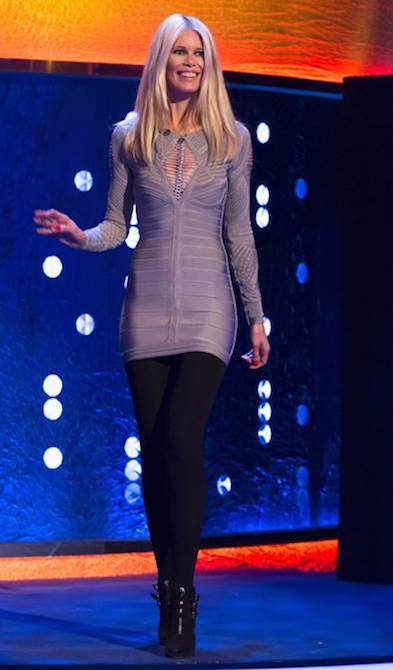 Working as a model since 1989 in the fashion industry.

Claudia appeared in the 1994 American live-action children’s film Richie Rich as a cameo appearance (she did the role of an aerobics instructor).

She debuted with Haute Couture – Autumn / Winter Fashion Show in 1990 where she walked the ramp for Chanel.

Regarding fitness, she relies on vegetable milk, fruits, water, and exercise to look good. She doesn’t do strenuous exercises, but a walk makes her feel good and yoga relieves her stress.

To make her skin look good, she drinks at least 1 liter of water and lots of peppermint tea. 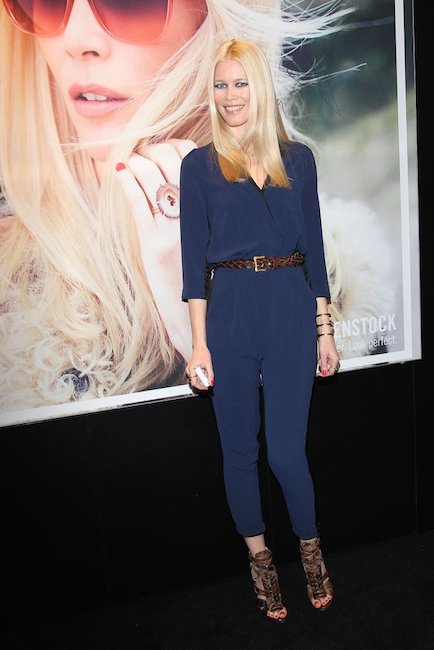