The Goddess, The World’s Most Voluptuous Virgin, Lima Bean, The Queen of Brazil, The Marquesa of Miami 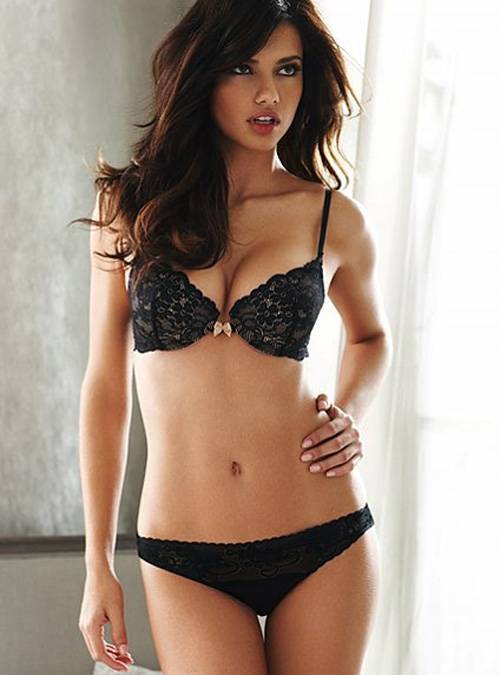 She divides her time among –

Like Alessandra Ambrosio, Adriana Lima studied less as Lima was discovered at the age of 13. During Lima’s elementary school days, a friend of hers was very interested in entering a modeling contest but did not want to enter alone. So, Lima entered with her.

As a model, she ishas been signed with these agencies –

She wears colored contact lenses and it appears as if she has Green / Gray colored eyes.

2001 film The Follow for a role of a wife alongside  Mickey Rourke and Forest Whitaker. The Follow is a short film in BMW’s series “The Hire”.

TV Series How I Met Your Mother. She appeared in a guest spot in November 2007 with her fellow angels, playing a role as herself.

Michael Olajide Jr trained Lima to get back in shape after pregnancy. Michael is a former boxing champion and co-founder of Aerospace, Manhattan’s Sleek. See her full workout routine and diet plan.