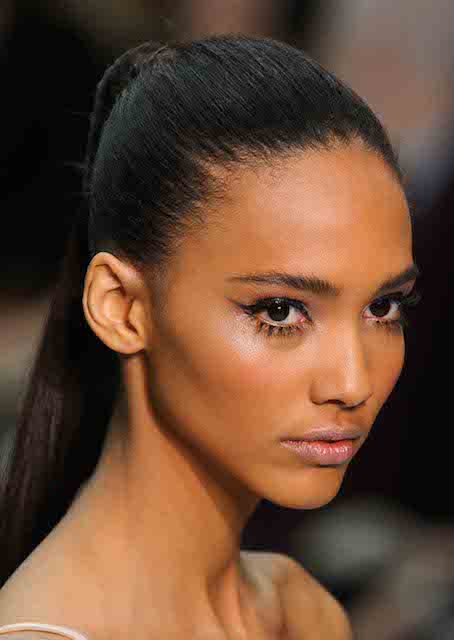 Her dad was earlier an architect. But, now he teaches architecture.

Her mom is a history and geography teacher.

She has one older sister and a younger half-brother.

Cora Emmanuel is signed to these modeling agencies –

Cora has advertised for lot many brands such as Chanel, H&M, Tommy Hilfiger, Balmain, Diesel, Saks Fifth Avenue, and others.

Cora debuted with Ready to Wear – Spring / Summer 2011 fashion show where she walked the ramp for Tory Burch.

She walks a lot. Cora walks from fittings to castings. And, this is her major workout.

She eats healthy stuff. If she eats a bagel, she will have fruit too.

And, yes, lots of walking and doing fashion shows in itself is a big exercise. Hence, she is able to keep herself fit by the combination of a healthy diet and walking.