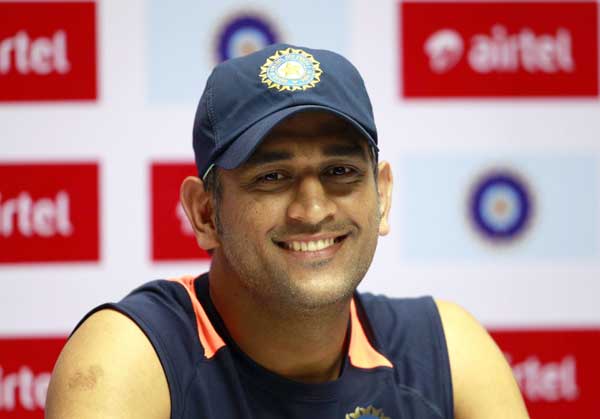 He has also done bowling in the past. Dhoni has taken 1 ODI wicket, when he bowled Travis Dowlin from the West Indies on September 30, 2009.

7 (in One Day Internationals)

He is believed to be wearing a shoe of size 11. However, it is not confirmed.

In 2007, he was connected with 17 brands as their ambassador or spokesperson. Apart from the above-mentioned, he also signed a deal with Gameplan Sports (a Kolkata-based celebrity management company) way back in 2005. In 2010, he connected with Rhiti Sports Management and Mindscapes.

He identifies himself as being Rajput.

Playing cricket and staying at number 1 position in the ICC ODI Batsman rankings in 2009 continuously for many months. 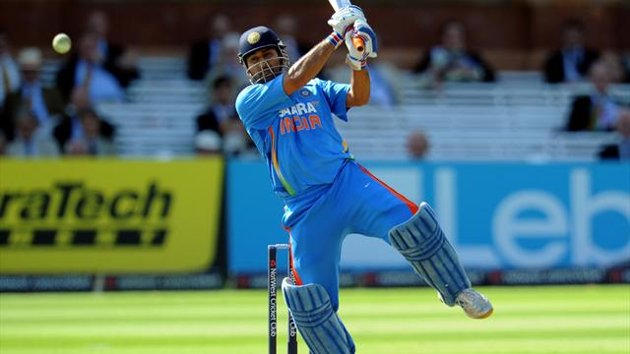 Dhoni played his first One Day International on 23 December 2004 vs Bangladesh.

He played his first T20 International match on 1 December 2006 vs South Africa.

He played his debut test match on 2 December 2005 vs Sri Lanka.

Dhoni had a small role in the 2010 Hindi language film Hook Ya Crook starring John Abraham and Genelia D’Souza.

The only TV show he appears in is the cricket matches in various formats like first-class cricket, ODI, test, and T20.

According to Nidsun, he eats a well-balanced diet and also works out a little bit. He does exercises in the form of badminton and yes, in the form of practice sessions, which he has to go through.

Although all players have to eat a diet as guided by The Board of Control for Cricket in India (BCCI). But, Dhoni’s diet is as follows –

In breakfast, Mahi likes to eat porridge (large bowl), 200ml milk with some almonds and raisins. He continues with 250ml fresh fruit juice.

When at his house, he enjoys eating dal, bhat, and tarkari with some pickles to add more taste.

The afternoon meal, lunch consists of Chapatis (3 or 4) with chicken/ dal and tarkari. The taste is added with some yogurt, pickles, 100 grams of mixed nuts. To make the diet more balanced and to get the remaining nutrients, he eats mixed vegetable salad.

His dinner is the same as that of lunch plus some fruits as a nutritious sweet dish.

During practice sessions, the player keeps himself energized by drinking Gatorade throughout.

Just after intense workouts, MSD has some whey protein powder (or some protein shake), nuts, and seeds.