Natalie Portman is an Israeli actress, voiceover artist, singer, model, writer, director, and producer who has gained popularity with many of her critically acclaimed performances in movies like Black Swan, Jackie, Star Wars: Episode I – The Phantom Menace, Closer, Anywhere but Here, Star Wars: Episode II – Attack of the Clones, Paris, I love you, V for Vendetta, Hotel Chevalier, My Blueberry Nights, The Other Boleyn Girl, Love and Other Impossible Pursuits, No Strings Attached, Thor, Your Highness, and Garden State. Also, she received the 2011 Academy Award for “Best Actress” for her performance as Nina Sayers/The Swan Queen in the 2010 American psychological horror film, Black Swan. 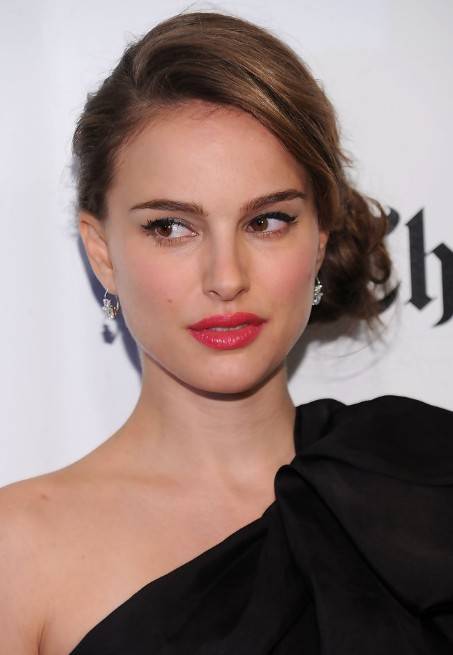 She then enrolled in Solomon Schechter Day School of Nassau County, New York. It was a kind of Jewish elementary school. Portman graduated from Syosset High School, Syosset, Long Island in 1999.

She joined the Harvard University in Massachusetts, the very same year, from where she earned her A. B. Degree in Psychology in 2003.

She joined graduate courses at the Hebrew University of Jerusalem in the spring of 2004. Natalie has learned several languages such as French, Japanese, German, and Arabic.

Natalie is a girl who knows how to attract boys. Her love list includes several names which are as follows –

She has Jewish Polish, Romanian, Austrian and Russian ancestry.

Nat is best known for her role as Queen Padme Amidala in the Star Wars prequel trilogy (1999-2005).

Leon: The Professional (1994). An English-language French thriller film, written and directed by Luc Besson. Nat played the role of 12-year-old Mathilda, which was an orphan taken in by a hitman.

Sesame Street (2003). An American children’s television series created by Joan Ganz Cooney and Lloyd Morrisett. She appeared in season 3 of the show in the episode “Needs a Scenery.”

Mary Helen Bowers, who trained her for ‘Black Swan’. She also does yoga and workout at the gym to stay healthy.