Amber Rose is an American model, television personality, dancer, and actress who has appeared in a variety of films and shows which include the likes of RuPaul‘s Drag Race, The Hills, Hollywood Medium with Tyler Henry, Dancing with the Stars, America’s Next Top Model, and Black-ish. 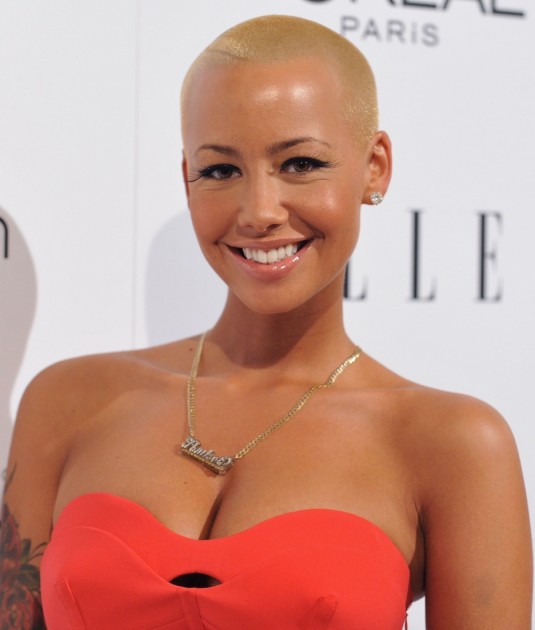 Amber is half Italian and Irish (due to dad) and half Cape Verdean and Scottish (due to mom).

Amber is naturally brunette but she dyes her hair blonde with a buzz cut.

Though she has not revealed it, it is speculated that she wears a shoe of size 7.5 (US). 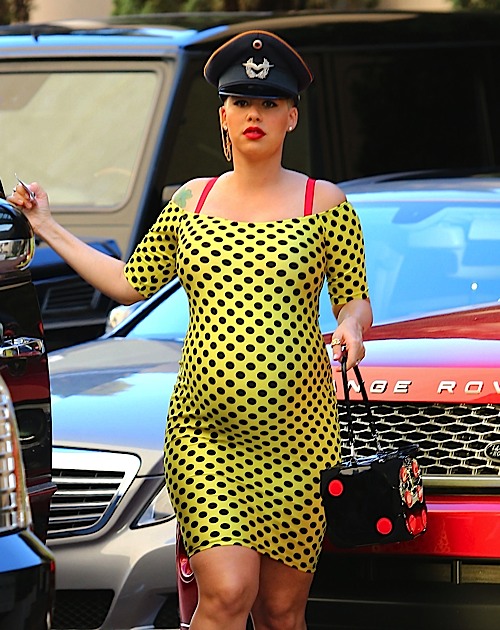 Working with many famous brands and designers, as a model

She has guest appeared in the horror TV series A Haunting for her role as Jessie in 2007 in an episode titled “Spirits of the Dead”.

After giving birth to her first child, a son named, Sebastian, Amber hired Kelly Rowland‘s personal trainer, Jeanette Jenkins to lose her post-baby weight. She had reached 202 pounds at the time of delivery. She worked out daily to lose that weight and was successful in losing some 30 pounds of that stubborn weight. She believes that it is very difficult to lose pregnancy weight as you stretch the stomach for a long period of nine months and suddenly to make the tummy stick back is tough. 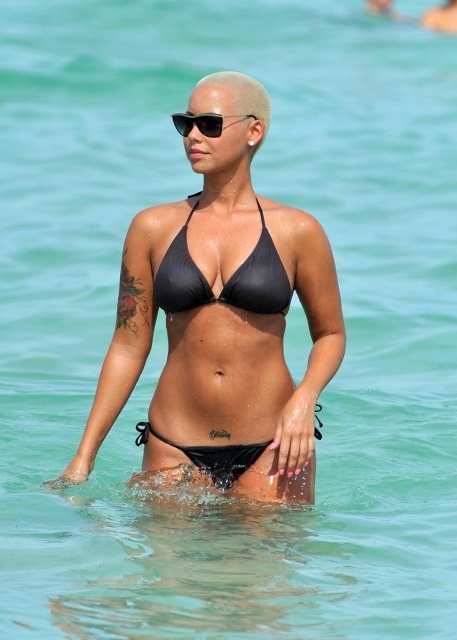