Rihanna is a Barbadian singer who is known for her unorthodox music. It would not be wrong to count her among the most heard singers across the globe. She is also a songwriter, actress, businesswoman, fashion designer, and fashion icon. Rihanna has made her presence felt in all the sectors with her own style. From being labeled a sex symbol to being called sassy and interesting, she has achieved all in a very short span of time.

Rihanna earned her first Grammy Award at an early age of 19 for the song Umbrella, in 2007. She is one of the world’s best-selling music artists and has other International awards like Billboard Music Awards, American Music Awards, People’s Choice Awards, and others to her name. Although Rihanna is synonymous with fashion and style and runs her own clothing line, has partnered with music companies and also owns cosmetic brands, she insists that music is all she has in her mind and a priority, the rest is secondary.

Rihanna attended Charles F. Broome Memorial School for her primary education in Barbados and then she joined Combermere High School, Waterford, St. Michael, Barbados in 2004 where she formed a musical trio with two of her classmates at the age of fifteen.

Each of her half-siblings was born to different mothers.

Rihanna has dated many people in the past, which includes Matt Kemp (baseball player), Shia LaBeouf (Actor, Comedian, Film Director, Music Video Director), etc. But, she dated Chris Brown from 2007 until early 2013.

She has also dated –

She has Afro-Guyanese ancestry on her mom’s side while she is of Barbadian and Irish descent on her father’s side.

International R&B star singer Rihanna released her first album in 2005 and is known for such hits as Umbrella, Pon de Replay, SOS, and Disturbia.

2006 film “Bring It On: All or Nothing” as Herself. This is just her cameo appearance. 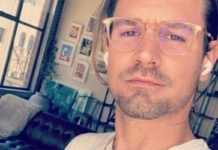 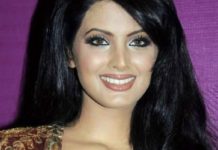